12 September 2015: a veteran pilot made a very emotional return to Poole Harbour, where he test flew the town’s iconic flying boats seven decades ago.

Captain Bill Lock, an honorary vice-president of Poole Flying Boats Celebration, told the Daily Echo: “I came to Bournemouth as a fighter pilot, but I excelled down in South Africa at navigation, so consequently I was steered towards the flying boats.” 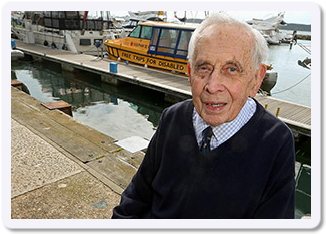 In 1941 Wing Commander Derek Martin was the 21-year-old captain of a Sunderland flying boat with No 210 Squadron; serious injury led him to become the last surviving founder member of the Guinea Pig Club, formed by Second World War airmen who had undergone reconstructive surgery by the pioneering plastic surgeon Sir Archibald McIndoe.

Click here to view the PFBC video, kindly produced for us by Geoff Mason-Brown of Blue Light Media

A feature article in the Daily Echo, 23rd February 2010 … read it online 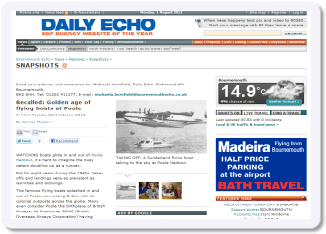 Salterns was the Headquarters of 210 Squadron when based at RAF Hamworthy in 1943 under the control of Coastal Command –  and shared with Transport Command / BOAC.

210 Squadron had been re-equipped with Consolidated Catalina Flying Boats replacing Sunderlands, and became known as the Catalina Squadron. The Squadron moved from Pembroke Dock in Wales, switching with RAAF 461 Squadron (the Anzac Squadron) which had been at Poole from September 1942.

Edward Walkey was on 210 Squadron at RAF Hamworthy (Poole) from 21st April to 31st December 1943 as a Member of the Groundcrew, with its responsibility for FB Maintenance and Security at the Sites … read Edward Walkey’s memories 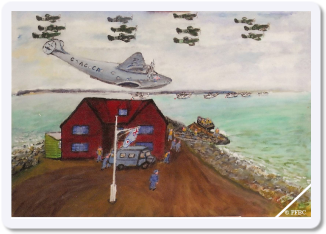 Flying Boats as a Way of Life?

I was born and brought up in the Hythe and Calshot area so perhaps it is little surprise that I showed an interest in all things aviation and especially Flying Boats from an early age. However, I was not out of step with many boys at my age given the fact that we had witnessed the end of World War 2 and in particular the sight and sound of aircraft every day of our lives. We were in a word, airminded! … read Phil Hosey’s early life FB experiences 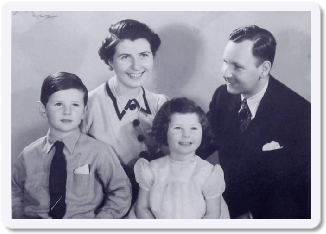